Why You Should Bid Farewell To Flammable Foam Cladding (updated 2021) 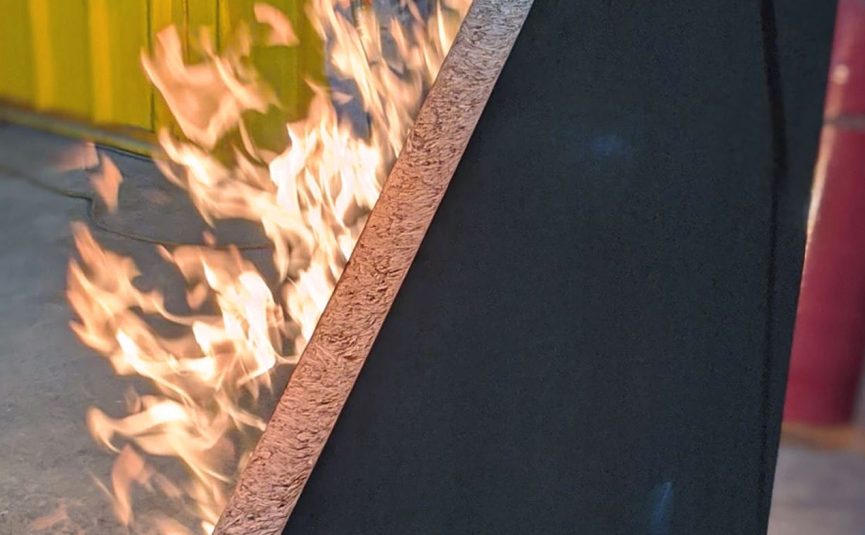 Fire danger and damage is a genuine risk for many Australians, and the cladding used during construction can have a significant effect on how your building or home will respond to a fire. Foam cladding is flammable and can present a dangerous risk to a building or home during the event of a fire.

With a 1-hour fire rating and dense core, Durra Panel is a naturally fire-resistant cladding and provides a more sustainable, safer alternative. But why exactly should you bid farewell to flammable foam cladding and what are the benefits of using compressed straw panels instead?

Is foam cladding safe?
How do I know if my building has flammable cladding?
What are composite panels?
Is combustible cladding illegal?
Why are some building panels more of a fire hazard than others?
Which cladding should I use to protect my home against fire?
What happens to Durra Panel® when there is a fire? 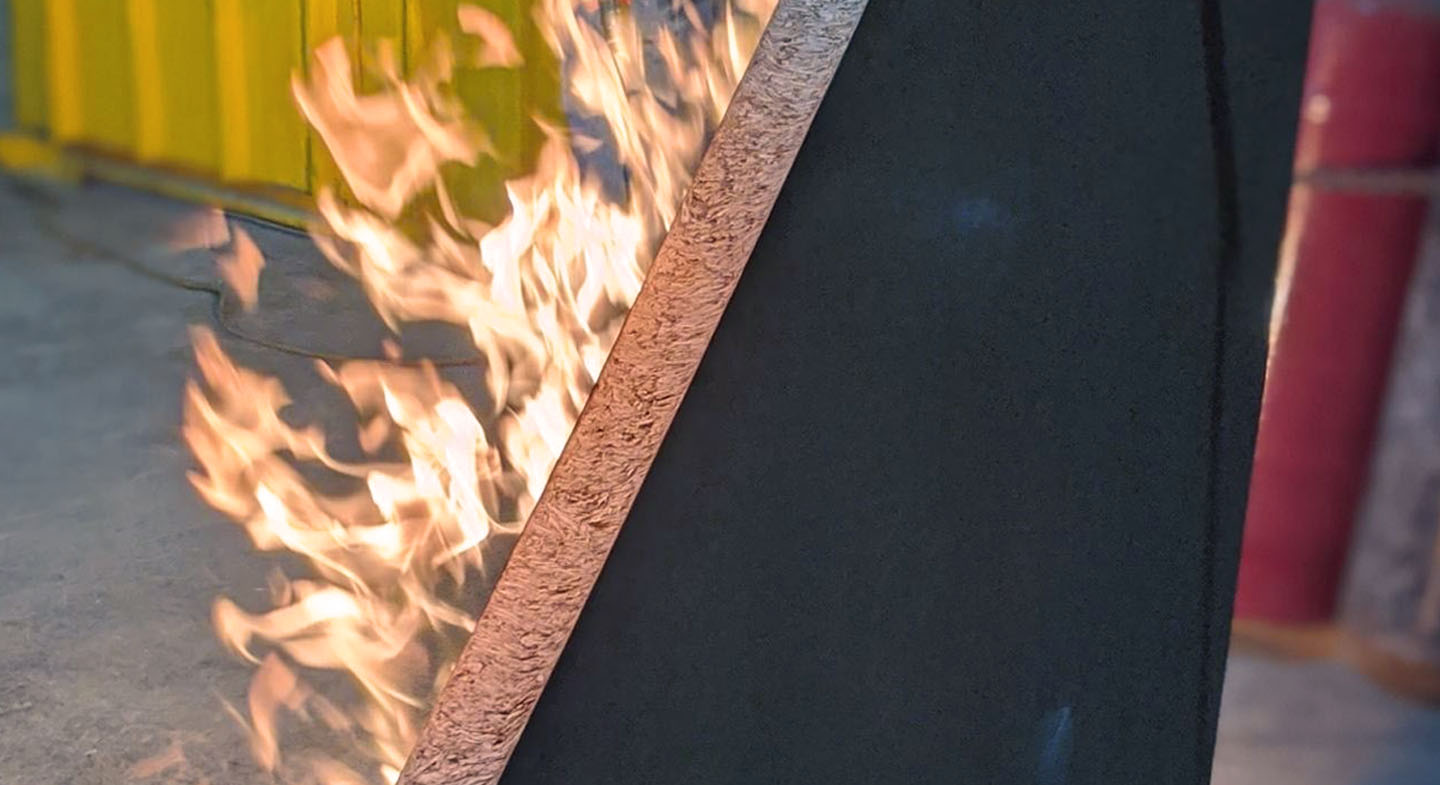 Fire danger and damage is a genuine risk for many Australians, and the cladding used during construction can have a significant effect on how your building or home will respond to a fire. Non-compliant use of aluminium composite panels (ACP) and expanded polystyrene (EPS) in particular can be extremely dangerous and pose potential fire risks to properties, and in recent years have accelerated building fires when used externally.

The dangers of these hazardous building materials have been well known throughout the construction and building industry for a long time. As of the 1st of February 2021, the use of EPS and ACP is now prohibited in certain building works.

How do I know if my building has flammable cladding?

If you are not sure if your building contains flammable foam or non-compliant cladding, you can contact the cladding manufacturer or the builder who did the installation and request a materials certificate.

If you cannot gain access to a materials certificate, then you can also contact a building engineer. Being highly qualified and experienced, consulting with a building engineer can give you further information as to if your building has flammable cladding installed.

What are composite panels?

Composite building panels (including ACP and EPS) refer to a pre-fabricated insulated building material with (usually) two metal sheets that are bonded to an inner core of insulation. Some products use a plastic or fabric lining instead of metal skins.

There are many different types of composite panel, differentiated by the core material used to provide insulation. The type of insulation material used is the single most important factor in relation to the performance of the panels in a fire.

Some of the insulation cores include:

In recent years these sorts of composite panels have been extremely popular for use in modern buildings and homes, either externally as a wall or roofing material or internally to divide or line the house. They are cheap, easy to install and provide a good level of insulation however, they do experience a number of significant problems when it comes to fire protection, which is a serious consideration when building in fire-prone Australia.

As a world-first in Australia, the combustible cladding ban in Victoria was implemented after the Minister of Planning announced that using combustible wall cladding poses a serious risk to a property and its occupants in the event of a fire outbreak.

Why are some building panels more of a fire hazard than others?

When it comes to exposure to fire, composite panels in particular have been known to experience a number of problems. Delamination is one of these, which involves a fire from outside the panels creating enough heat to heat (and sometimes damage) the insulation core inside the panel and lose their structural stability. In addition to being a fire hazard, composite panels such as ACP and EPS are prone to melting, dripping and collapsing, which make them very unpredictable materials if they catch alight.

The second problem composite panels experience occurs because they contain combustible cores. These combustible cores can catch fire inside the insulation core, as a result of electrical cables or fire damage. Once these cores catch fire, they are extremely difficult to extinguish as the two outer layers of material prevent the water from penetrating to the fiery core. This means the fire can escalate quickly without any way to stop it.

In addition, if you compare some composite panels to how wood reacts in a fire, elements like polyethylene and polystyrene will release two and a half times the amount of energy compared to an equivalent amount of wood. Polystyrene in particular is also defined as a thermoplastic which has a very poor reaction to fire, with a single kilo of polystyrene releasing more energy than a litre of petrol when alight!

This means that these sorts of composite panels can burn up quicker and more ferociously than a natural substance. Aluminium used in ACP is also a great conductor of heat and can accelerate a fire by drawing it up and around a building.

Finally, depending on the type of insulating core used, fire involving composite panels can create a large volume of dense smoke, which is usually toxic and a danger to those that inhale it.

Which cladding should I use to protect my home against fire?

Thankfully there are a few things that you can put in place to help protect your next building project, and incorporating a fire-resistant cladding such as Durra Panel® on your internal walls and ceilings should be on top of the list.

Fire retardants can be added to some composite panels, but these do not prevent combustion from large fire sources and may also leach over time and not be as effective.

Durra Panel® on the other hand is a one of a kind naturally fire-resistant building panel that doesn’t release any toxic fumes, flaming droplets or dense smoke when on fire. It is used for interior cladding and is not considered a composite panel as it is made entirely of straw wrapped in a Kraft paper liner.

When this liner comes in contact with fire it carbonises the straw (unlike its composite panel counterparts that experience delamination), hindering the flame from penetrating the densely compressed panel core and preventing the fire from spreading further.

As fire-resistant cladding, Durra Panel® is pretty much awesome at everything… except for catching on fire (and doing your washing). Given that this is the Durra Panel® website though, we’re sure you’re not surprised to read that.

Thankfully, we have an extensive test history behind us on our fire resistance, in accordance with Australian Standards and global certification, plus we are FM approved as a Class 1 ceiling construction material. The proof is in the Durra Panel®!

What happens to Durra Panel® when there is a fire?

Because the Durra Panel® core is made up of densely compressed straw, when there is a fire the Kraft paper lining burns off, and the panel core carbonizes to form an amazingly effective barrier against the spread and penetration of fire. As soon as the flames are removed from the panel, the carbonizing stops, the embers disappear and the panel will not smoulder, curl up or distort.

The thermal insulation from the Durra Panel® also provides a safe barrier so that a hand can safely be held on the reverse side of the board without any heat being felt during a fire.

Check out the video below to really see Durra Panel in action:

In a bushfire situation, one of the biggest causes of death is exposure to radiant heat. The fire-resistant properties of Durra Panel provide protection against radiant heat and bush fire flames. With a fire-rated panel-to-panel joint, Durra Panels has a CSIRO fire resistance test rating of 1 hour.

Building with Durra Panel and having a comprehensive bush fire plan in place will help to protect a building’s inhabitants as the bush fire front passes through, usually between 2 and 5 minutes.

Knowing what we know now about the relationship between fires and cladding, we highly recommend you insure your home against fires, and give it the best protection cladding can provide, with Durra Panel®. Browse through our website to learn more information or contact us if you have an enquiry and our team will get back to you. 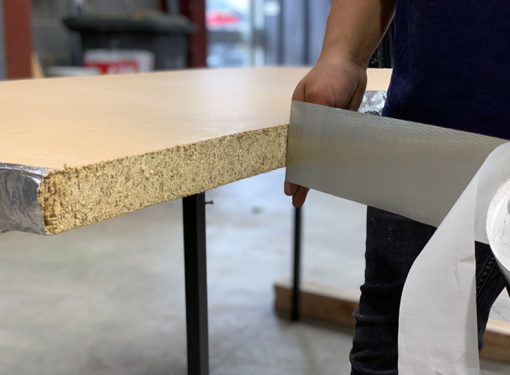 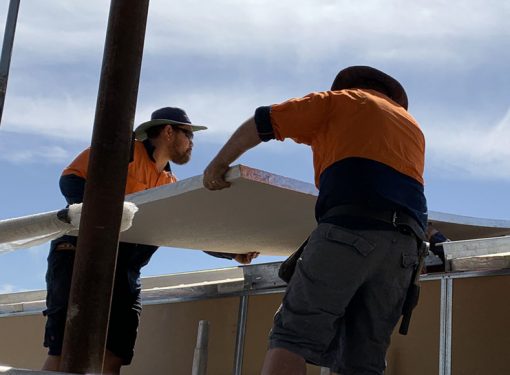 Installing Durra Panel in a Ceiling 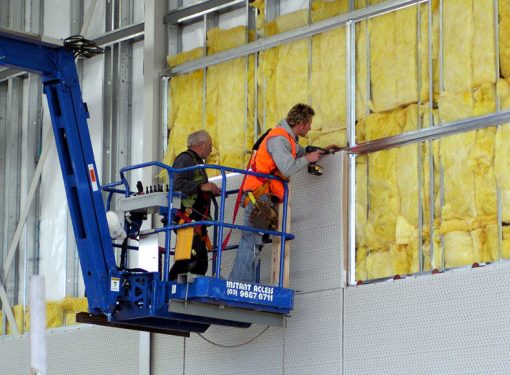 Installing Durra Panel To A Wall 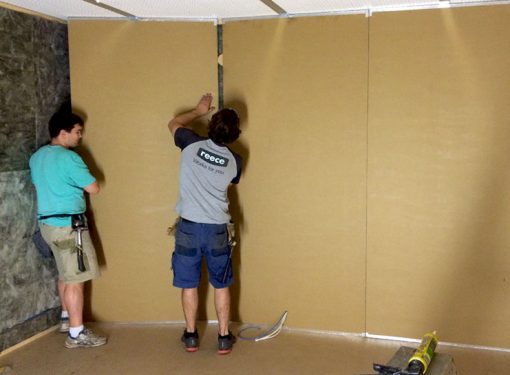 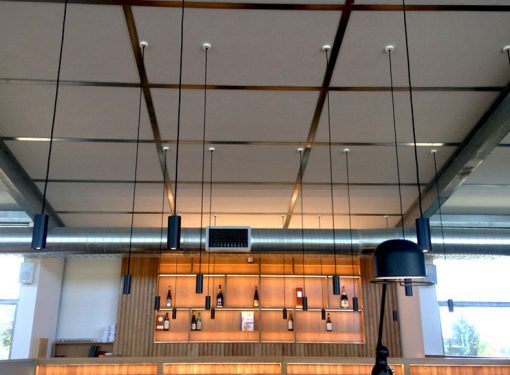 Subscribe to our newsletter to stay up to
date on the latest news and innovations.